In a world where anything can happen, you have to be ready to defend yourself at any time. One martial art that has shown to be one of the most effective self-defense systems is Brazilian Jiu-Jitsu.

But why exactly is BJJ good for self-defense? For those looking to learn to defend themselves, this article is for you.

We’re going to go over the 7 main reasons why you should train BJJ for self-defense and understand why BJJ is so effective.

BJJ teaches you how to control larger opponents

One of the biggest fears that many have is being confronted by a bigger and stronger attacker on the street. It can be a scary situation if you’re ever threatened by someone who is bigger and stronger than you. Not knowing how to defend yourself makes it even more dangerous.

Learning BJJ for self-defense is the answer to this question because this was exactly why it was created. Brazilian Jiu-Jitsu was created as sort of the great equalizer for smaller people confronted by bigger opponents.

The Gracie brothers Carlos and Helio were small in stature and had to develop techniques to effectively fight bigger opponents. The grappling system they created uses leverage and technique to get their opponent down and submit them.

For over a hundred years, BJJ has proven that it can help you control larger opponents. If you’d like to see how effective it is against larger opponents, you can look up numerous videos on Youtube.

BJJ teaches you how to escape submission holds

Thanks to the UFC, MMA has become one of the most popular sports in the world. Since MMA’s popularity exploded, so has the number of people that train or have trained BJJ.

You can pick almost anyone on the street and they can do a basic submission hold. Usually some type of chokehold. It may not be the best technical submission, but not knowing how to get out could possibly kill you.

This is a huge reason you need to learn BJJ for self-defense. You need to know how to get out of submission holds and get out of the bad situation.

Many Brazilian Jiu-Jitsu programs have an emphasis on learning self-defense techniques (especially for beginners). There might come a situation at a bar, where someone tries to put you in a headlock or chokehold. Knowing BJJ, you will know how to escape their grasp and take control of the situation.

One of the biggest problems people have is they don’t know how to handle pressure. If you put the average person in a dangerous situation, they aren’t prepared for it, chances are they will fold.

That is why you need to train yourself and learn to handle whatever could happen. BJJ can help you stay calm under pressure and learn to safely get out of a bad situation.

In Jiu-Jitsu training, you will get put in bad positions and drill how to get out of them. You’ll often find yourself feeling helpless with a more experienced teammate dominating you.

Being constantly put in these bad situations makes you learn how to stay calm and work your way out of them. If you ever find yourself in a real life-threatening situation, you’ll be ready.

BJJ teaches you not to underestimate your opponent

You can never ever under any circumstance underestimate your opponent.

More people than ever have had experience training in a martial art, so you just don’t know who you’re facing. They could be an ex-boxer or just a big guy with anger issues.

When you learn Brazilian Jiu-Jitsu, you quickly realize you cannot underestimate anyone you may face. You will learn to respect the 130lb brown belt teacher just as much as the ex collegiate wrestler blue belt.

People of all shapes and sizes are capable of taking you out. Once you spend some time training BJJ, you will understand this and never underestimate another’s skills again.

BJJ improves your strength and conditioning

Being strong and in shape is an important aspect of self-defense that you cannot forget. You may know the right techniques, but if you aren’t in shape those techniques won’t matter.

Training Brazilian Jiu-Jitsu helps you build up your strength and conditioning along with learning to defend yourself. As you’re doing the movements and moving your opponents around, you are improving your physical health. In just a short time, you will completely transform your body becoming faster, stronger, and ready for anything that could happen.

BJJ allows you to control your opponent without using strikes

You see in many action movies, where someone wins a fight knocking out their opponent with one punch. Those that have ever trained striking will understand, you’re more likely to break your hand than KO your opponent.

One other problem is if you exchange strikes with someone, they have a higher chance of hurting you. This is why it is so important to learn a grappling art like BJJ for self-defense.

BJJ teaches you respect and discipline

Many martial arts like BJJ stress the importance of learning respect and discipline. It’s good to know how to fight and defend yourself, but the best thing you can do is avoid fighting altogether.

Training a martial art like BJJ gives you the self-respect and discipline to not fight. There is no shame in walking away from a bad situation that could turn violent. Walking away from a fight can save you for a number of reasons.

The biggest positive of walking away from a conflict is that you aren’t going to get hurt. In a fight, you could win, but you could also get seriously hurt or killed. You just don’t know what is going to happen.

On the street, there are no rules to stop someone from using a weapon or their friends from jumping in. This is why the best thing you could ever do is walk away and it will likely save your life.

Should you train Bjj For Self defense?

One of the most important things you need to learn in your life is how to defend yourself. Out of all of the martial arts, BJJ for self-defense is one of the best options.

You will learn everything from defending submissions, controlling bigger opponents, and staying calm under pressure. You will also learn respect and discipline to just avoid a confrontation.

There are a number of things that can happen and you have to be ready for anything. BJJ is a martial art that can not only improve your life but could also one day save it.

If you enjoyed our article on BJJ for self-defense, share it by hitting the button below.

I'm a martial arts competitor and enthusiast. Over the last 15 years, I have trained and competed in several martial arts. I live in Manchester U.K working as a strength & conditioning coach when I'm not travelling and exploring martial arts around the world. 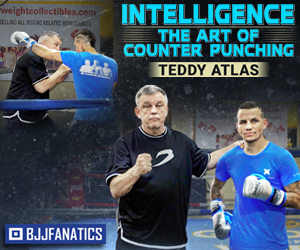